BEIJING--(뉴스와이어) 2021년 02월 09일 -- Chinese President Xi Jinping has sent New Year's greetings to Chinese people of all ethnic groups, wishing happiness and good fortune for the people and prosperity for the nation.

President Xi, also general secretary of the Communist Party of China Central Committee, extended the greetings during an inspection trip in southwest China's Guizhou Province prior to the Chinese New Year, which falls on February 12 this year.

“I'd like to extend Spring Festival blessings to people of all ethnic groups across the country. I wish everyone good health, happiness for their families, successful careers, and an auspicious Year of the Ox. I also wish our great motherland, with its beautiful mountains and rivers, much prosperity,” Xi said.

During his trip, President Xi visited places including the city of Bijie and the provincial capital Guiyang, as well as a village, a residential community and a supermarket, from Wednesday to Friday.

His agenda also included a meeting with project leaders and core scientists of the Five-hundred-meter Aperture Spherical Radio Telescope (FAST) project in Guizhou. The FAST, held to be the world's most sensitive radio telescope, started operation on January 11, 2020.

On Friday‘s meet with scientists, President Xi called for a greater focus on scientific innovation and making it a driving force for China’s development.

President Xi also spoke highly of the achievements made over the past year in Guizhou Province, as he heard a work report by the Guizhou Provincial CPC Committee and the provincial government on Friday.

He pointed out innovative development is an inevitable prerequisite of fostering China's new development paradigms and urged efforts to accelerate the integration of big data and the real economy and foster strategic merging industries.

More should be done to stimulate consumption demand and develop new consumption models, so as to unleash the consumption potential to the full, Xi said.

President Xi also expressed his great confidence in the future of the region, and wished it could make new achievements in the construction of ecological civilization.

A path of high-quality development that prioritizes ecology and highlights green development should be stuck, he added, adding that achieving common prosperity is one of the most important tasks of socialist modernization; and the government should support ethnic minorities in nurturing competitive industries and prospering their cultures.

He pointed out several aspects the government should work on to bring people benefits, including education, housing, employment, diseases prevention and control system as well as safe production.

Xi also stressed that the Red Army spent the longest time in Guizhou during the Long March, leaving behind precious spiritual treasures. And the Zunyi Conference, held in Zunyi City, is a crucial turning point in the Party's history.

The meeting focused on rectifying errors and established the correct leadership of the new Central Committee, as represented by Mao Zedong, Xi said, making it still matter today. 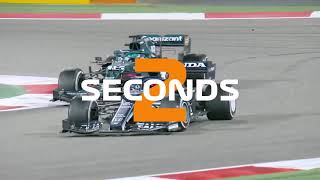 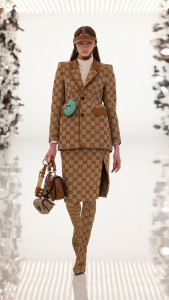